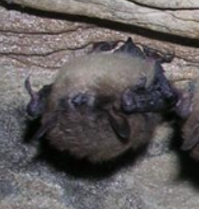 If you happen to be outside enjoying one of our warm summer evenings you have probably encountered one of the most fascinating and often maligned animals on this planet.

A lot of scary folk superstitions and myths have grown up around bats but the truth is this animal is more beneficial than we ever suspected.

During the founding of our nation bat caves were protected for the bat droppings as a military source of potassium nitrate (a primary component of black powder).

Although most of us are aware of bats as predators of mosquitoes few realize bats are often principal predators of crop pests.

Many bat species are pollinators.  Many desert cacti rely almost exclusively on nectar feeding bats.  The agave cactus which is the source of tequila produces 3000 times more seeds in the presence of these bats.

Recent research with vampire bats has revealed an anticoagulant in their saliva that can aid stroke victims that is safer than conventional drugs and can be administered up to nine hours following a stroke.

Here are some of the more common myths you may have encountered.

“Blind as a bat” or the notion that bats have poor eyesight seems to revolve around assumptions about this animals night time feeding habits.   Bats have eyes and excellent daytime vision despite their nocturnal activities.

Bats are just mice or rats with wings.  Even though many bats are small and have tails and pointed noses they are generally in a family of their own called chiroptera which is  more closely related to monkeys.

Bats will fly into your hair. I have no idea how this myth could have started other than hysteria.  Even in full flight a bat can “see” your hair long before getting tangled in it.  If bats are flying around you it is more likely they are attracted to the mosquitoes attracted to you.

Bats have rabies.  This is a half truth, actually a 1/2 of 1% truth.  Most mammals can carry rabies but the bat is a dead end host for this disease.  It is not an illness endemic in bats.

Western culture has a particular fear of bats resulting from stories like Dracula and other folk tales but many societies revere them.  In China and Japan bats are often symbols of good luck, happiness, and long life.

It is believed that bats make up as much as 1/4 of all mammals on earth and of the 4000 species of mammals only bats have achieved true flight.

Bats have survived since prehistoric times by filling a niche no other animal has, that of the night time sky.

Although they can see they do not rely on their vision to hunt at night.  By squeaking and listening to the echoes they utilize a form of sonar that allows them to capture flying insects while moving at speeds up to 10 mph.  This sonar has an effective range of about 3 feet so it can take amazing feats of aerobatics to snare their prey.  Often insects are not caught in their mouths but are scooped out of the air with the tail or wings.

The “Little Brown Bat” is the most common local species of bat and feeds exclusively on insects.

These nocturnal aviators mate in the fall and spend the winter in caves called “hibernaculum”.  Females store semen in their bodies through the winter and fertilize themselves in the spring before seeking summer roosts where they will raise their young.
Little Brown Bats produce only one offspring per year but can live in excess of 30 years.

Like most mammals, young bats are helpless at birth and rely on their mothers milk until they can hunt for themselves but they  can often fly in as little as 3 weeks.  Mother bats will tend each others young or leave the young hanging in the roost while they go to feed.

Bats have very high metabolisms and nursing females may consume their body weight in one night.  They can digest their food in as little as one hour and tend to feed in several flights each night with rest in between.  It is this rest between feedings that tends to cause bats to visit our porches at night leaving their droppings which are often mistaken for rodent droppings.

While bats are beneficial animals they should be discouraged from roosting in our homes. Their high metabolisms cause these animals to produce copious amounts of feces and urine. This can lead to odor problems and under the right conditions can support organisms that can cause respiratory distress.

Bats can also carry parasites that can migrate into homes.  Though all these conditions are very rare they should be avoided when possible.

The best way to manage bats in your home is exclusion. This is best achieved by sealing openings that the animals use to enter your home (usually the attic).  If at all possible repairs should be performed in late October after bats leave for the hibernaculum to avoid the chance of trapping babies or destroying adults.

If droppings need to be removed they should be handled with caution. A respirator and other safety equipment are needed to safely handle large quantities of droppings or remove them from enclosed spaces even if the incidence of pathogens is low.

As a client of BEACON if you believe bats are roosting in your home you can contact us for a free consultation. More detailed information about bats, bat houses and bat conservation can be found at www.batsnorthwest.org   or  www.batcon.org