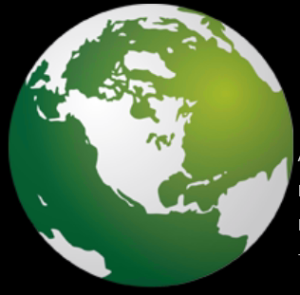 Are you afraid of chemicals?

Do you believe that chemicals are inherently dangerous?

Have you seen the news reports about how chemicals are contaminating our food, air and water?

Then you should be warned about Dihydrogen monoxide.

Although it is seldom reported, Dihydrogen monoxide (Dhmo) exposure can be deadly.  Inhaling Dhmo can kill an average adult in under 10 minutes.  This single chemical has been found to be a factor in traffic accidents more often than alcohol and has been found as a critical element in every significant disease known to man.

Dhmo is often used as solvent and cleaning agent but has been used as a coolant additive in automobiles and is an ingredient added to many paint and pesticide products sold to homeowners.

Dhmo is an insidious chemical found in many common items that you are exposed to daily.
Household products like dish soap, shampoo, tooth paste and mouthwash often contain high doses of Dhmo.

Dhmo is often consumed by livestock and can be found in dairy and poultry products.

Dhmo is routinely sprayed on school grounds even within this community without any warning signs for parents or those who might be exposed.

Dhmo has been used so extensively that it contaminates most parts of our planet, but some of the worst contamination has occurred in in the Arctic and Antarctic.  Coastal areas are particularly vulnerable and marine animals are often found completely coated with it.  Dhmo contamination is so severe that all of the lakes and streams tested in western Washington have been found to have some Dhmo in them.  In fact studies have shown that it has even made its way into our drinking water and is present in every water system in the state.

All of the facts stated above are true but this little exercise points out how easily words can be corrupted to be misleading or sensationalize a story.  Many useful words have been turned into “buzz words” to help advance the agendas of groups that want to sway public perception one way or another.  For instance, for the past 40 years the word “environmental” has been used to signify something good, “chemicals” has been used to signify something bad, without regard for what the words actually represent.  Freezing is an environmental condition that can cause death,  Dihydrogen monoxide (commonly known as water) is a chemical that is the elixir of life.

Now you have to ask yourself, why is the pest guy even trying to teach a lesson on semantics?

Because of the buzz words of the past.  People think “organic” means pesticide free (which it doesn’t) and “natural” means something that can’t hurt you (which it can) and that the 60 million year old dinosaur compost called oil isn’t “organic” (which it is).

Now coming over the horizon is a new buzz word, …GREEN.

Here we go again.  A lot of products and services are being repackaged right now to sell you the same thing you have been getting all along.  Somehow I dont think licking a leaf and sticking it to the back of a 6000 pound SUV is going to make it any “greener”.

I’ve been had often enough by people slinging buzz words.  I think I’ll stick with the one buzz word you almost never hear, …Responsible.