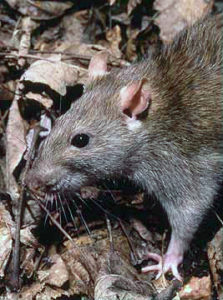 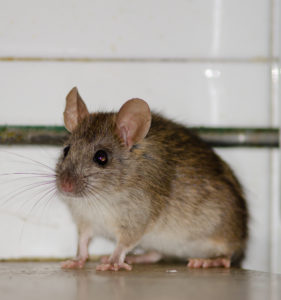 Hearing footsteps coming from your attic?

Chances are it’s not the ghosts of Christmas or eight tiny reindeer.

There’s nothing quite like the sound of a rat in the wall or attic to keep you from a long winters nap.

Norway rats and roof rats like nothing more than snuggling up in a warm wad of insulation safe from the cold, wet and predators.

All it takes is one little opening and it isn’t long before mom, dad and the kids have settled in.  Next thing you know they’re raiding the cupboards like they are family or something.

Its not just footsteps that you will hear but every now and then one of these guys will get bored and start grooming their teeth by gnawing on the woodwork, or wiring, or dishwasher hose.  Whatever it is you can bet it will be dangerous, expensive or hard to replace.

There are rats native to North America that are woodland creatures and wouldn’t come into a house unless they were lost.

Norway rats and roof rats are referred to as old world rats.  Both originated in Asia and colonized Europe on ships.  They were eventually brought to the Americas the same way.

Many ships brought rats to the Americas, but Norway had a robust shipping trade in North America and the rats frequently seen leaving those ships were referred to as Norway rats.  Fair or not the name has stuck to this day.

Roof rats also arrived by ship and were named because of their squirrel like behavior and sightings of them running along the roof tops of old world cities.

The only good thing about having a rat in the house is that you won’t have mice at the same time.  Rats are hardwired to kill mice and they won’t live with them.  Beyond that it’s all down hill.

Rats can do extensive damage to insulation in a very short time.

Depending on the number of animals and the availability of food a typical home can have its insulation rendered useless in as little as one year.
There are no definitive statistics on how many fires are caused by rodents chewing on wiring, but animals are frequently found electrocuted in walls when homes are remodeled.

Water leaks are often caused by rats chewing on plastic pipes.  They seem to have a particular taste for the hoses on dishwashers.

Heating systems can be disabled when rats chew on control wiring.  If a rat dies in or on heating ducts it can cause unbearable odor problems that will linger for months.

If a rat gets in your car you may spend a fortune trying to fix damage to wiring, insulation and upholstery.

These are just a few of the direct damages they can cause without addressing the risk for diseases.

With all the potential for damage there is no such thing as a good rat, unless it’s kept in a cage.

There are always going to be rats in urban communities, but there is no reason to encourage their proliferation.

Keep tree branches cut at least 5 feet away from the roof.

Store fire wood as far from your home as practical.

Don’t allow plants to grow against your home.

Don’t store anything against the foundation or walls or under decks.

Keep trash in a secure can with a lid on it.