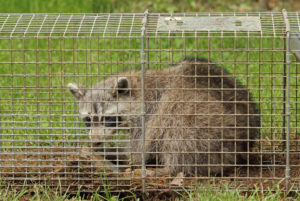 Most of us want to believe that urban wildlife is a sign of a healthy ecosystem.

Most of us want to believe that we can treat wildlife like pets that live outside.

Most of us want to believe that feeding wildlife doesn’t hurt them.

Most of us want to believe that property damage is rare and that when conflicts occur, problem wildlife can just be picked up and moved somewhere else.

While most of us want to believe these things, most of us couldn’t be more wrong.

Humanity can coexist with wildlife but we have to be responsible about how we do it.

The presence of humans dramatically alters the dynamics of an ecosystem by favoring some animals over others.

We don’t tolerate predators well, especially big cats, bears, or wolves.  Our very presence tends to drive these animals off.

Sometimes, just the absence of predators is sufficient to allow wildlife to become a problem but more often than not we play a role in making the problem worse.

If you eliminate predators, the only other significant limitation on wildlife populations is food and we are notoriously generous with our food.  Even if we secure our garbage to keep it from being dragged around the yard we routinely put out pet and bird food.  Many of us go out of our way to feed wildlife as well.

There is room for wildlife in urban areas but  feeding lights the fuse on a population bomb that leads to problems.

The three most detrimental issues caused by feeding are:

Animals lose their fear of humans which leads to close encounters with people, pets, and property.  Every year doctors treat patients for wildlife bites, veterinarians treat injured pets and injured wildlife, and  homes, cars, and property end up having to be repaired because of wildlife damage.

Animal populations that are routinely fed expand beyond the capacity of the local environment, often leading to the destruction of the very habitat the animals depend on.
So when we get ill, move, go on vacation, or eventually die these animals are left stranded.  Having lost their fear of humans they will aggressively seek food from other humans.

So, if I’m not the one feeding wildlife why can’t I just trap the problem animal and move it somewhere else?

Simply put, nobody else wants your problem.  Relocated animals don’t just return to the wild.  They seek out humans at the first opportunity.  Even if you manage to get them away from humanity, any place with the resources to support them will already have an established population that won’t tolerate newcomers.  With rare exception relocated wildlife faces immediate death by predator or slow death by competition.

Either way the animal is just as dead.

Moving animals to suffer grimly or to become a problem for someone else is not legal nor is it humane or ethical.

These realities are not just my opinion but are recognized by wildlife management officials and reflected in state law.
Wildlife management professionals are asked to relocate problem animals every day but they have only 2 legal options,  deterrence and euthanasia.  If you trap an animal you must release it on the property where it was caught or kill it.

The following excerpt is specific to raccoons but is typical of regulations regarding nuisance wildlife:
“A property owner or the owner’s immediate family, employee, or tenant may kill or trap a raccoon on that property if it is damaging crops or domestic animals (RCW 77.36.030).

It is unlawful to release wildlife anywhere within the state, other

It should be noted that to date, the state has not issued any permits for lethal traps nor does it allow relocation of nuisance wildlife like raccoons, squirrels, beaver, deer, skunk, etc.

In the end, how we choose to interact with local wildlife will be a legacy our neighbors will have to put up with long after we’re gone.

Moving an animal doesn’t deal with underlying condition that caused it to become a pest  in the first place.  Failing to address that condition will eventually lead another animal to  do the same thing.